Over the years, Bolzano's history, culture and traditions have defined the city's character: lively, multilingual and always changing.

Bolzano was probably founded as a Roman military statio in 15 B.C. under the name of "Pons Drusi". In the following centuries it was invaded by Visigoths, Ostrogoths, Huns, Lombards, Saracens, Normans and Hungarians up to the Counts of Tyrol in the 13th century.

“Via dei Portici”, built in the 12th century, was the first street in Bolzano and is still today the heart of the commercial city. Outside the city walls stood the early Christian church, which later became today's cathedral.

In 1363 the county was handed to the Habsburgs, who ruled until 1806 when Tyrol became part of the Kingdom of Bavaria, then allied with Napoleonic France. In 1814 the Tyrol returned to Austria and in 1919 the southern part of the Tyrol (South Tyrol) was annexed to Italy by the Treaty of Saint Germain.

Fascist Italianization provided for a new urban plan, which from 1935 radically changed Bolzano's appearance, expanding it southwards into the new "Semirurali" districts and the industrial area where previously there had only been vineyards and orchards.

In the 1960s, Bolzano went from being a predominantly commercial city to a tourist boom that has never left it. 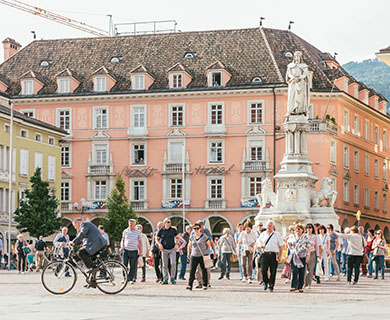 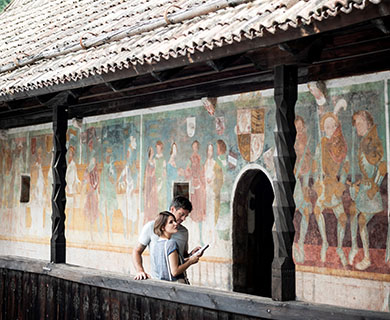 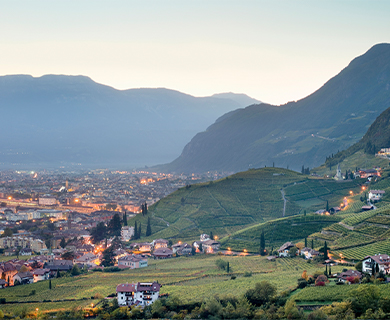