Bolzano in summer is a succession of music and wine events

Bolzano has gained a special place in the European music world, thanks to international events such as the Jazz festival, Bolzano Danza and the Bolzano Festival Bozen. It is from here that the summer tours of the European Union Youth Orchestra and the Gustav Mahler Jugendorchester start - unique opportunities for young pianists taking their first steps towards a world-class career.

During the summer, the Bolzano Tourist Board offers a variety of special offers for those coming to the city for the Jazzfestival, Bolzano Danza and the Bolzano Festival Bozen. In order to fully satisfy the needs of guests, from the end of June until September, the holiday offers include reduced price tickets for concerts, shows and various events organised during the special occasions.

Bozen City of Wine - Good wine, a cosy atmosphere and culinary specialities are the ingredients of the summer events with tastings of Bolzano's best wines. The city's producers offer unforgettable evenings.

Admission: € 30.00 including drinks and fingerfood

3 great evenings with 4 authors and their last bestseller:

One bolzanine square, one bolzanine night and almost 20 bolzanine Winemakers. Deliciousness to taste, music and a lot to discover!

This is the recipe of a new event on the Matteotti Square: Wine Event, Bolzano, The Wine City.

The right opportunity for tasting the best wines of Bolzano/Bozen, getting tipps from local producers and enjoying a night together with the music of DNC Band.

The soloists and ensembles at the Südtirol Jazzfestival Alto Adige not only venture forth to dizzying musical heights but quite literally ascend the “real” heights of the mountains, instruments on their backs, and entertain the public against a breathtaking Alpine backdrop.

The Südtirol Jazzfestival Alto Adige is something of a ground-breaker itself: sure-footed, yet treading carefully over the “tricky” patches, the festival blazes new trails through the musical landscape, putting the mainstream jazz and concert halls of the area at risk of extinction. With contrasts and fusions in unusual concert venues and new worlds of sounds, event organisers and artists follow the path less travelled in the quest for tones unheard of and melodies unimaginable.
Hundreds of jazz artists have come to the Südtirol Jazzfestival Alto Adige as guests over the years, including world-famous names on the international stage and aspiring young musicians from the world over.

The Südtirol Jazzfestival Alto Adige was held for the first time in 1982 under the name of “Jazz Summer”, which went on to become “Jazz & Other”. While in the early years the concerts were played only in Bolzano itself, today the festival stretches throughout the whole of South Tyrol and beyond.

Premiers are the rule rather than the exception here, and many concerts are unique events which can only be experienced in this setting and in these South Tyrolean venues. The land becomes the stage, and jazz a part of the landscape. Musicians play in the towns and on the mountains, at lakes and rivers, in the squares and on the streets, in parks and castles, hotels and factory halls. Urban spaces, rocky mountain slopes and mountain pastures, with culinary climaxes and mesmerising music melting into one unique festival experience.

Bolzano Danza is one of the highlights of the city's cultural summer. The city presents itself as a great artistic showcase with an international scope. Leading authors from the world scene, national companies and special projects have enabled the festival to become an important reference point in the European dance scene over the years. Thanks to its characteristic combination of performances on the one hand and training courses on the other, the festival is attended by professionals and enthusiasts of all dance styles, who thus have an "excuse" to come to Bolzano in the middle of summer. In addition to the programme of performances, there are workshops for children, who are offered special packages ranging from creative dance to flamenco and hip hop. There are also meetings with artists, long dance nights, courses for experts or lessons in classical, modern or Latin jazz dance.

Every summer Bolzano becomes the capital of classical music, thanks to the Bolzano Festival Bozen. The next edition of the festival will be held in July and August 2022.

The entire city center is the setting for the most important summer music events:

The detailed programme will be published in May.
https://www.busoni-mahler.eu/festival/en/bolzano-festival-bozen-home-en/

To date, the Ferruccio Busoni International Piano Competition is unquestionably one of the longest-running and most influential events on the international music scene and aims to create and develop a true platform for masters and young people to meet, renowned pianists and new talents, new concert formats, workshops open to the public, film screenings and co-production projects with other cultural institutions.

The 64th edition of the Ferruccio Busoni International Piano Competition will take place in the biennium 2022-2023.

Music genres ranging from classical music, jazz, contemporary popular music and international ethnic music; the sounds range from the bluesy sound of guitars, the delicate harmonies of the zither, the ringing notes of the trumpet to a cappella choirs. What counts is the freshness and originality of the music offered by innovative artists and groups. All in the magical and atmospheric setting of Castel Roncolo. www.klangfeste.org

Calici di stelle, to enjoy local wine at its best

Every year in August, Bolzano invites you to spend a pleasant evening discovering the city's typical wines. Via dei Portici is transformed into an atmospheric wine-tasting path, along which citizens and guests can taste the precious nectar from the various wine cellars. 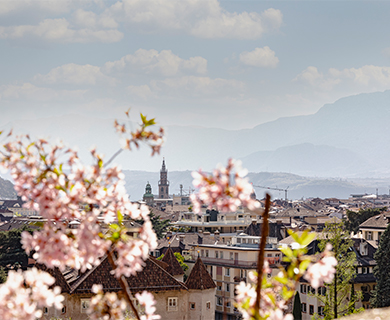 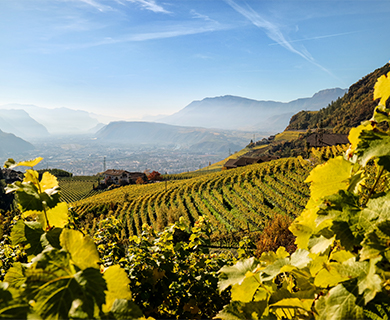 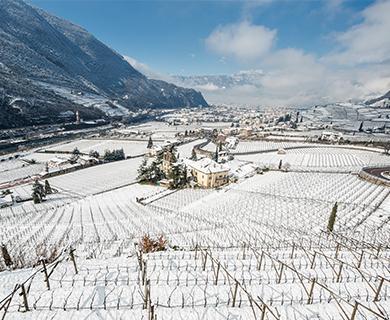